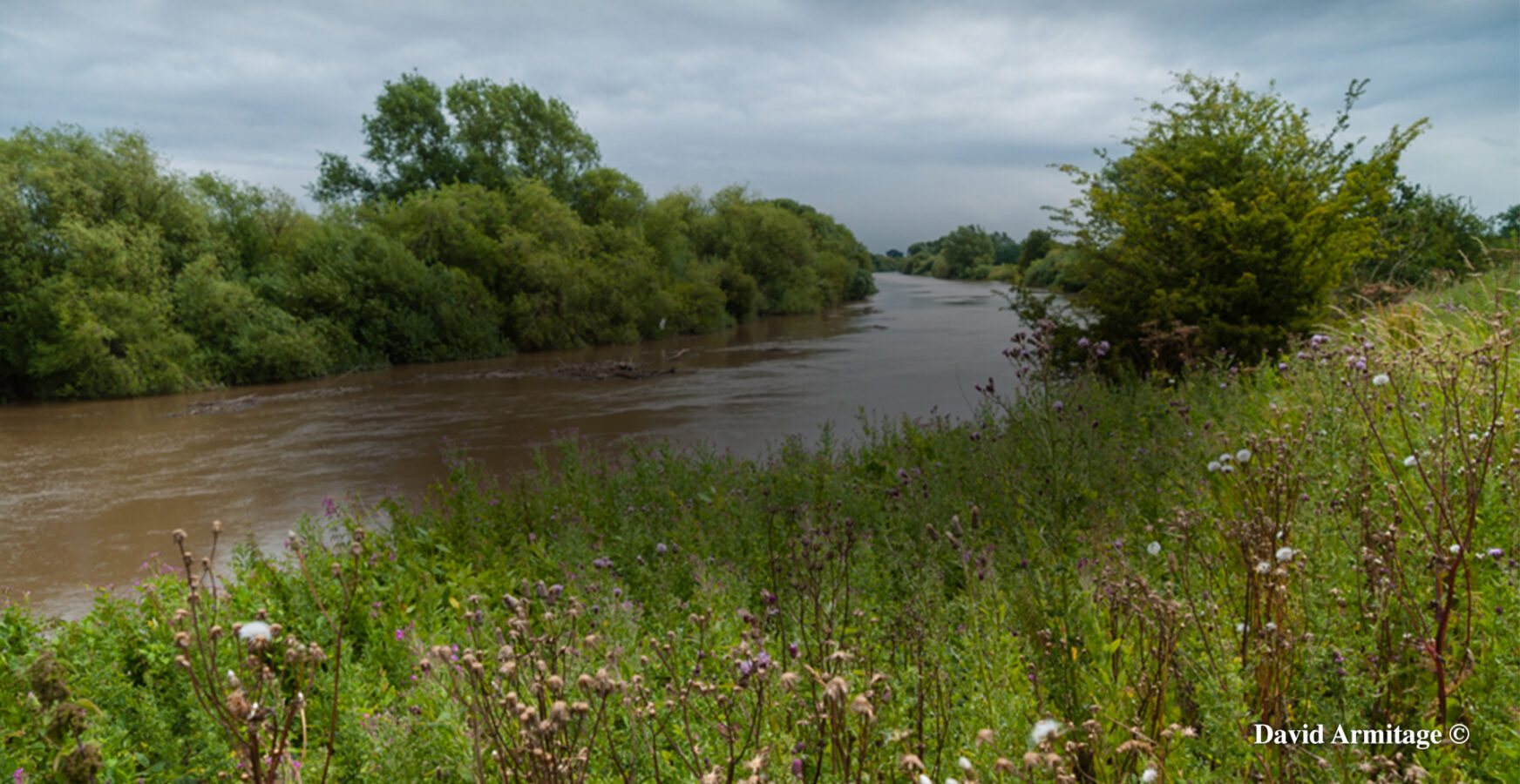 The stream at the source is Ouse Gill Beck which rises as a spring near Great Ouseburn, marked by a pillar inscribed ‘Ouse River Head’. The stream runs to the south of the village where it joins the River Ure and becomes know as the River Ouse; this is just upstream of Cuddy Shaw Reach near Linton-on-Ouse, about six miles downstream of the confluence of the River Swale with the River Ure. The Ouse then flows through the city of York and the towns of Selby and Goole before joining with the River Trent at Trent Falls, near the village of Faxfleet, to form the Humber Estuary.

The word ‘ouse’ is a very common name for rivers in England; it derives from the Celtic word ‘Usa’, from *udso-, which simply means ‘water’. ‘River Ouse’ therefore means ‘River Water’.

The Ouse’s system of tributaries (which includes the Derwent, Aire, Don, Wharfe, Rother, Nidd, Swale, Ure, and Foss) drains a large upland area of northern England, including much of the Yorkshire Dales and North York Moors.

There are four riverside SSSIs associated with the Ouse around York; Clifton Ings and Rawcliffe Meadows, Fulford Ings,  Naburn Marsh and Acaster South Ings. Ings meadows were traditionally used as a source of hay and to provide late summer grazing for livestock. They are often flooded in winter.

The Ouse valley is a wide, flat plain; heavy rainfall in the river’s catchment area can bring severe flooding to nearby settlements. In recent years both York and Selby, and villages in between, have been very badly hit. The river has two weirs with locks, at Linton-on-Ouse and Naburn, so that larger boats can reach York. It has been used for commercial navigation since the time of the Romans. The Ouse is tidal up to Naburn Locks.

The main issues on the River Ouse are: